PBM (photobiomodulation) light therapy uses red light to treat a wide range of conditions, both cosmetic and medical. Since the treatment is non-invasive, it may be useful for people who cannot tolerate medications for certain conditions or those where medication interactions would be a problem.

Psoriasis is an autoimmune disease that primarily affects the skin, leading to thick, flaking plaques. Regular treatments, such as multiple times per week, with higher doses of PBM may alleviate the inflammation and itching associated with psoriasis plaques. Not only can PBM reduce redness associated with psoriasis plaques, it may also reduce the scaling and flaking that commonly occurs. PBM is an excellent tool for psoriasis because there are variations of the treatment that can be used at home for prompt treatment of new plaques.

PBM can be used in a variety of wounds, such as skin breakdown from radiation therapy, post-operative wounds, or diabetic ulcers. Standard wound therapy is performed in addition to PBM treatments. PBM treatments can increase the rate of healing, especially in people with diabetes who tend to have slow-healing wounds and are at an elevated risk of infection or tissue necrosis. Additionally, there can be improvements in inflammation and pain associated with these wounds when PBM is used. This can reduce the use of pain medications during wound healing.

Since PBM has benefits such as being anti-inflammatory and promoting skin healing, it is also used in various aspects of cosmetic dermatology. PBM is mostly prized for its ability to stimulate collagen production, which may reduce the appearance of wrinkles and help with sagging or other signs of aging skin. Although other forms of light therapy are used for acne, PBM can still reduce redness associated with acne or other skin conditions like rosacea.

PBM is also used to treat alopecia. Not all types of alopecia may be responsive to PBM. Androgenetic alopecia is considered the most responsive to PBM. Androgenetic alopecia is the stereotypical male- or female-patterned baldness often seen as people age. Other types of hair loss that have been studied with PBM include autoimmune and chemotherapy-induced hair loss. The anti-inflammatory mechanism of PBM may be helpful in autoimmune hair loss, whereas the protective benefits of PBM may reduce hair loss during chemotherapy.

PBM therapy has a wide range of uses for both the skin and hair. Since the treatment is not invasive, it is well-tolerated by people who may already be on medications or using other treatment methods. 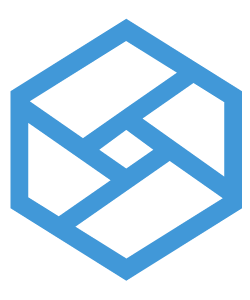 Maybe you run a retail store. Or perhaps you run a dentist's office, a pharmacy, a gym, or a different type of business entirely. One thing is for certain regardless of your industry: making your clients happy will help you grow. After all, satisfied clients send more clients your way. On this blog, we seek to offer tidbits of advice and information that will help you focus on client satisfaction and other important aspects of running a business. We don't care if you are a sole proprietor with no employees or CEO of a large corporation. We look forward to helping you learn.